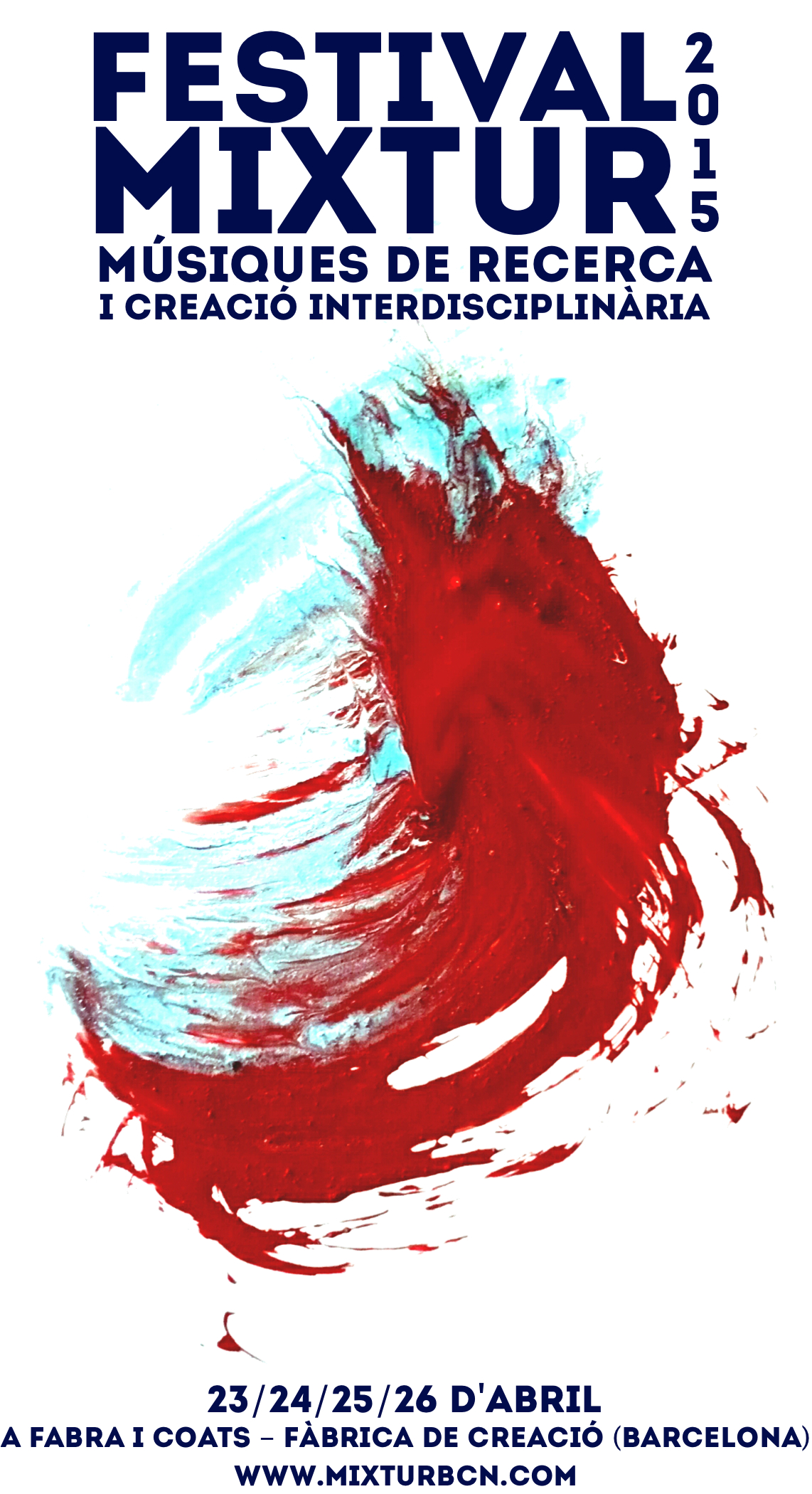 Festival Mixtur, music festival about art exploration and multidisciplinary creation, reaches its fourth edition, with an expanded schedule between 23 and 26 April 2015. As previous editions, the festival Mixtur starts again with the aim of breaking the prejudice of elitism that sometimes is linked to new music and its programme focuses on the presentation of original proposals in the country and a strong commitment to education and diversity. Fabra i Coats – Fàbrica de Creació of Barcelona, headquarters of the festival, will be filled for four days with a total of 15 concerts ranging from the performance of major international ensembles as Ensemble Recherche Ensemble or 2E2M or recognized national names like Ensemble CrossingLines, or BCN216 Vertixe Sonora Ensemble, among others. 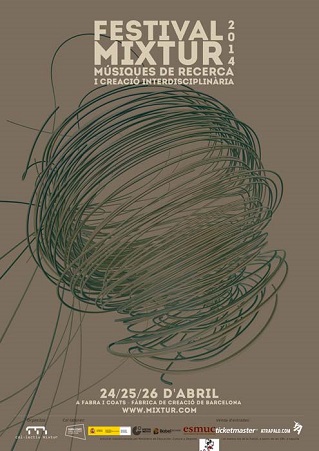 In its third edition, held on April 24-26, the MIXTUR FESTIVAL 2014 was attended by more than 50 artists and collaborators, with a total of 15 concerts, plus a range of pedagogical activities: the Workshop 2014 on Composition and Sound Experimentation led by José Manuel López López, the reception of permanent installations and a round table with important personalities of the local cultural world. This edition also involves the consolidation of the international festival model with the second Mixtur Open Call, in which 180 proposals participated from more than 30 different countries. 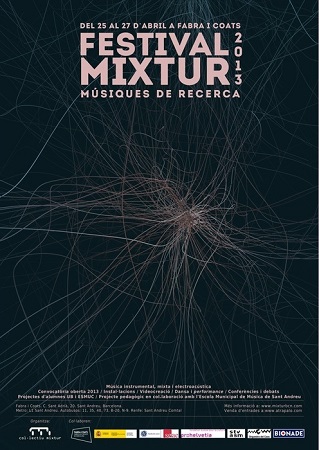 With a total of 10 concerts, the MIXTUR FESTIVAL 2013, held in Fàbrica de Creació Fabra i Coats from 25 to 27 April, establishes the model with more than 70 artists and collaborators, who took part in talks with important personalities from the current musical culture such as the composer Josep Maria Mestres Quadreny Sparnaay and researchers like Harry, Rubén López Cano, Luis Germán Nacenta and Great Quesada, plus the commitment to educational activities and support for multidisciplinary installations. 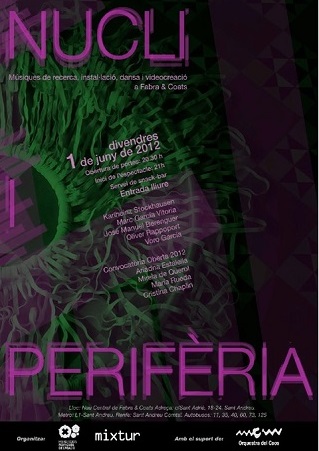 On June 1, 2012 the Mixtur Project started its path with CORE AND PERIPHERY. With a clear intention to investigate other possibilities in the world of music creation, the Mixtur Festival offered its mission statement defining a way to face the music creation: the search for new languages ​​of our own historical moment. Multisensory perception marked the first edition in Fabra i Coats with works by Stockhausen, Marc Garcia Victoria, José Manuel BerenguerOliver Rappoport and Voro García, plus the presence of multidisciplinary projects involving dance or visual arts.

COMMISSIONS AND SUPORT TO NEW WORKS

See here all the new works that Festival Mixtur has commissioned since its first edition in 2013.