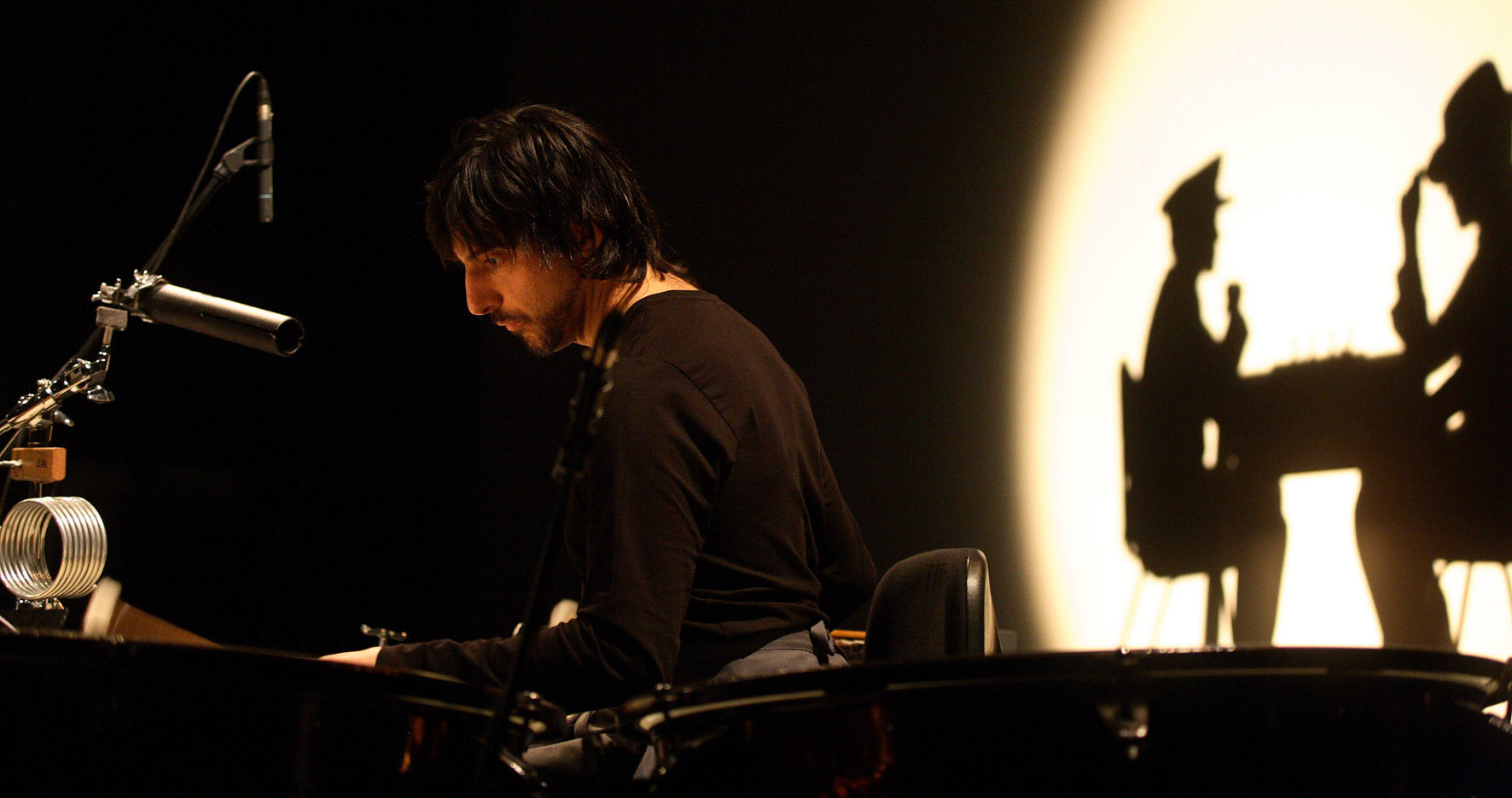 for 9 tibetan bowls and electronics

for percussion and electronics

Miquel Bernat is one of the most invigorating figures of the international music scene, contributing to the dissemination and consolidation of the percussion as an artistic medium. Director, professor, composer and performer, he works with the most diverse sorts of music: vernacular, scholarly, experimental, electronic and popular. He also interacts with diverse artistic fields.

Miquel Bernat received his musical education at the conservatories of Valencia, Madrid, Brussels and Rotterdam, and at the Aspen Summer Music Festival (USA). He was granted the "Premio Extraordinario Fin de Carrera" at the Conservatory of Madrid, the Special Prize for Percussion at the Dutch Gaudeamus Competition, the 2nd prize at the Aspen Nakamichi Competition and and he obtained the award for "researchers and Cultural Creators of the 2016 BBVA Foundation for the promotion of the collection Marimba Concerto Studies that will be published in early 2017.

Known as a musician of great versatility, he has performed with Orquesta Ciutat de Barcelona and the Royal Concertgebouw Orchestra of Amsterdam. He’s a member of the Duo Contemporain of Rotterdam, and a founder of the Ictus Ensemble of Brussels. He has played with ROSAS, the company of the choreographer and dancer Anne Teresa De Keersmaeker in several shows. He has played as a soloist all over the world, also with groups as Musikfabrik, Borusan Orchestra Estambul, Cyprus Symphony Orchestra or Orquesta de la Comunidad de Madrid.