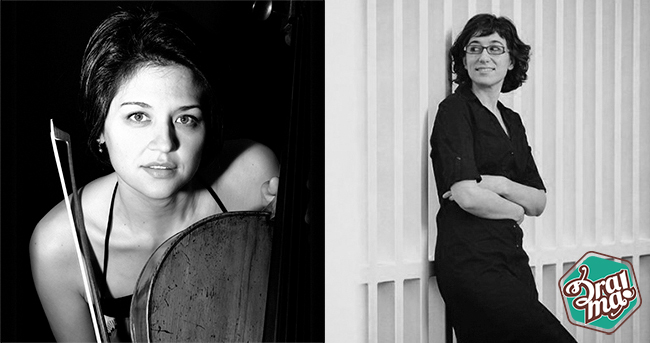 for piano, cello, electronics and video

for piano, cello and electronics

for cello and LED rings

for piano, cello, electronics and video

The artistic endeavour DRAMA! searches for new paths between music, word and movement, while incorporating the current technological advances available. This inevitably leads to a rethinking of compositional methods and a broadening of the interpretive range of musicians, who, since the second half of the twentieth century have not only had to adapt to greater technical demands at their instrument, but have also seen their role as a performer change within the context of a more multidisciplinary approach to the arts. Driven by these goals and this new concept of the interpreter, DRAMA! aspires to invigorate young emerging artists, providing them with a platform to experiment and develop their individual artistic perspective.

Erica Wise is a founding member of the Dalia Quartet, Funktion and a member of Trio Lorca.  As soloist she has worked with conductors Michael Stern and Keith Lockhart among others, performing at the Aspen Music Festival and in Jordan Hall in Boston, MA.  A passionate chamber musician, she regularly collaborates with musician such as Kennedy Moretti, Lluïsa Espigolé, Cuarteto Quiroga and members of Cuarteto Casals for example.  A strong advocate for music written during our time, she has given national and international premieres of works, both as soloist and as a member of  Funktion, by composers such as Yuval Gotlibovich, Damien Luna, Joan Magrané, Octavi Rumbau, Tristan Perich, Jakob Kirkegaard and Hanne Darboven.  She has invited to teach at courses in the U.S and in Spain.  She join the faculty as professor of cello at the Conservatori Superior de Música del Liceu starting in fall of 2017.