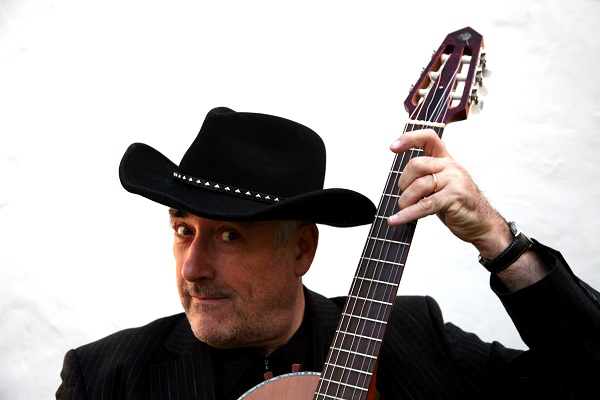 Multi-instrumentalist, composer, and improviser Fred Frith has been making noise of one kind or another for almost 50 years, starting with the iconic rock collective Henry Cow, which he co-founded with Tim Hodgkinson in 1968. Fred is best known as a pioneering electric guitarist and improviser, song-writer, and composer for film, dance and theater. Through bands like Art Bears, Massacre, Skeleton Crew, Keep the Dog, the Fred Frith Guitar Quartet and Cosa Brava, he has stayed close to his roots in rock and folk music while branching out in many other directions.

Composing for dance throughout his long career, Fred has worked with Rosalind Newman and Bebe Miller in New York, François Verret and Catherine Diverrès in France, and Amanda Miller and the Pretty Ugly Dance Company over the course of many years in Germany, as well as composing for two documentary films on the work of Anna Halprin. His compositions have been performed by ensembles ranging from Arditti Quartet and the Ensemble Modern to Concerto Köln and Galax Quartet, from the BBC Scottish Symphony Orchestra to ROVA and Arte Sax Quartets, from rock bands Sleepytime Gorilla Museum and Ground Zero to the Glasgow Improvisers’ Orchestra.

The recipient of Italy’s Demetrio Stratos Prize for his life’s work in experimental music and an honorary doctorate from the University of Huddersfield in his home county of Yorkshire, Fred currently teaches in the legendary epicenter of American experimental music, Mills College in Oakland, California; in the improvisation master’s program at the Musik Akademie in Basel, Switzerland; and as visiting faculty in the Universidad Austral in Valdivia, Chile, where he has been collaborating on the creation of a new School of Music and Sound Art.