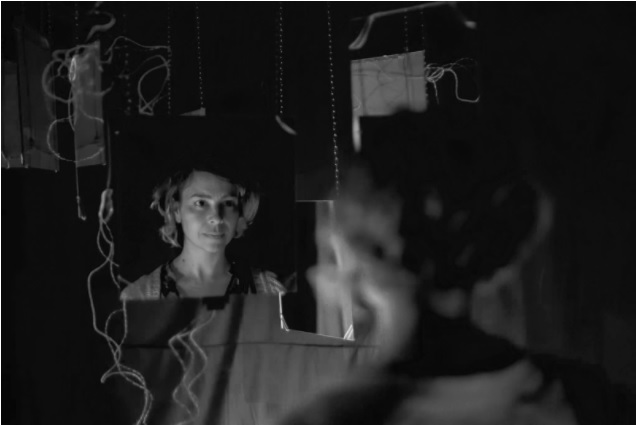 "Buy me makes reference to the reification that everyone makes of himself each time he shares an image on the net. Immersed in the culture of the image we seek to be seen by otherness, feeling the desire to be looked at. Transformedinto merchandise in the game of visual supply and demand, we are free slaves of a market system in which we must consume the image of the other and be consumed by the other." 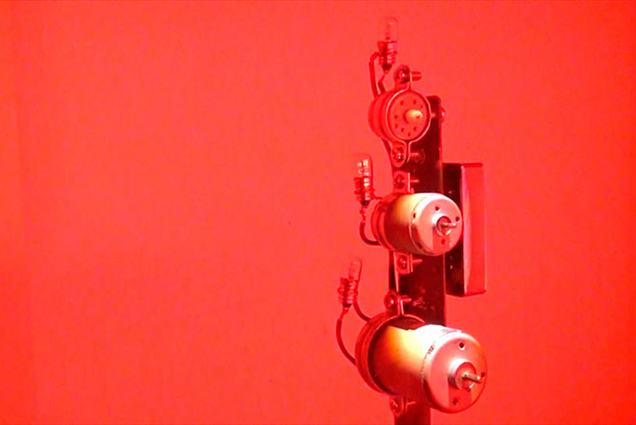 Ursonate Karaoke is a sound and light installation which shows the interpretation that cabosanroque makes of the original recording from 1932 of the phonetic poetry Ursonate, by Kurt Schwitters. The sound is produced on live from the sound amplification of electrical and electromagnetic interferences generated by different light sources (syllables of neon letters, fluorescent or incandescent lamps and electric motors) 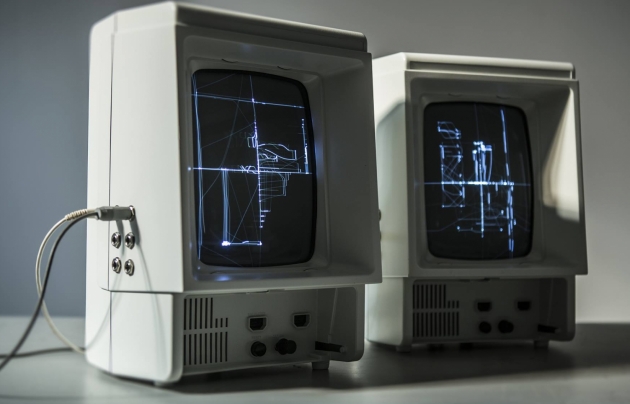 Pausa is a collaborative work created by multimedia artist Benton C Bainbridge and the flautist and composer Barbara Held, which explores the limit separating audiovisual installations from performing works. Presented in dual format in L’Auditori, as an audiovisual concert with quadraphonic sound and as an audiovisual installation on diferents screens, in Pausa, the processing of images in real time and the acoustic and electronic sounds takes place mutually. A single generator of binary patterns creates rhythms interpreted by a synthesising audiovisual system, generating timbral variations in the flute part played live, as well as creating layers of images in movement based on abstract forms. /// + INFO