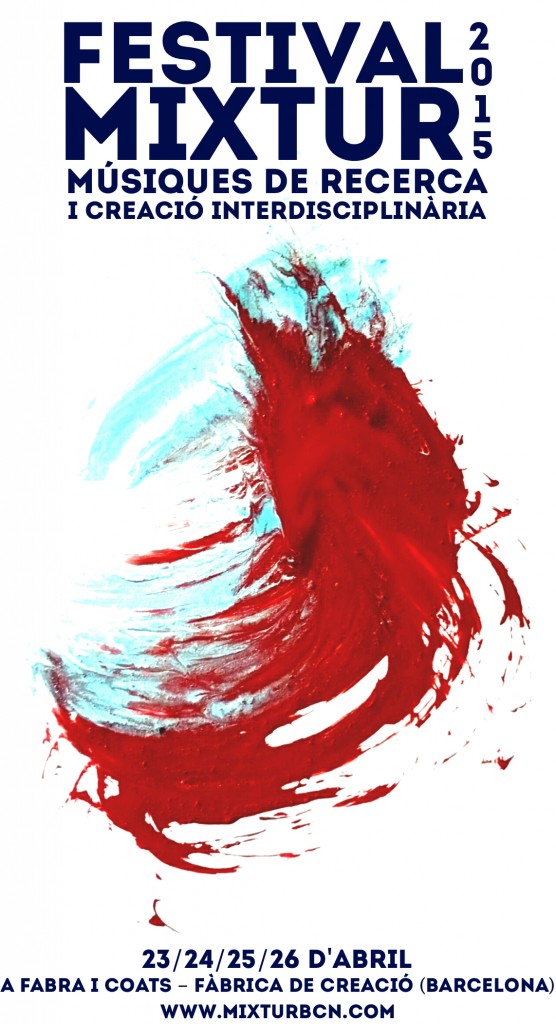 Festival Mixtur, music festival about art exploration and multidisciplinary creation, reaches its fourth edition, with an expanded schedule between 23 and 26 April 2015. As previous editions, the festival Mixtur starts again with the aim of breaking the prejudice of elitism that sometimes is linked to new music and its programme focuses on the presentation of original proposals in the country and a strong commitment to education and diversity. Fabra i Coats – Fàbrica de Creació of Barcelona, headquarters of the festival, will be filled for four days with a total of 15 concerts ranging from the performance of major international ensembles as Ensemble Recherche Ensemble or 2E2M or recognized national names like Ensemble CrossingLines, or BCN216 Vertixe Sonora Ensemble, among others.

With this third edition Festival Mixtur presents some significant developments in construction and development that will consolidate it as one of the most important events in Barcelona in relation to sound creation, and also an international space to new currents that hardly find their place in the usual circuits of programming. One of these innovations is the collaboration established with the Sampler Sèries of L’Auditori, new season dedicated to contemporary music that is setting decisively the presence of contemporary music in Barcelona. Thanks to that, and also with the collaboration of Fundació Tàpies, Mixtur audience will enjoy the Phill Niblock’s concert, historical name of minimalism, and the Ensemble for New Music Tallinn, very active and young group selected in the Open Call Mixtur 2015. On the other hand, the Mixtur Festival increases its scope and this year will develop an online streaming webcast channel, in collaboration with Livemedia, audiovisual laboratory working on new forms of artistic retransmission that is working on residence in the Fabra i Coats – Fàbrica of Creació.