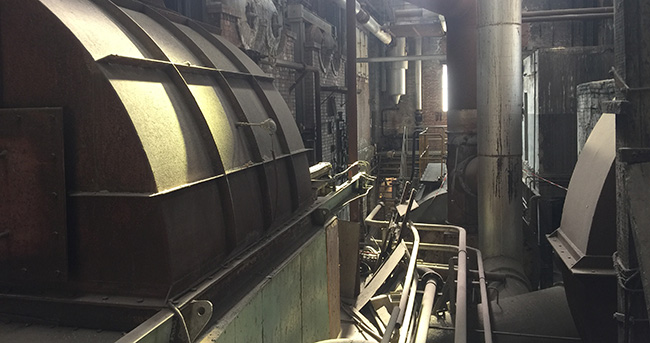 In collaboration with Mixtur Festival, Fabra i Coats – Fàbrica de Creació, the History Museum of Barcelona and the Asociación de Amigos de Fabra i Coats, the Master in Sound Art of the University of Barcelona works in Cant de Calderes for the idea of giving new sonic life to the boiler room of Fabra i Coats. This installation includes a large number of speakers with different characteristics with the goal of creating a soundscape that simulates the sound environment of the space as it was in the past as well as in the future.

In contrast to this realism, the inside of this enclosure will also capture sounds from sonic sources that would not otherwise be present if not for the speakers,which are able to generate sounds from many different things without them physically being in the space.